The Pro sound horns systems have garnered favor in the past years to use in Home Theater systems.  Since we had little experience with Pro sound we waited till we had an expert that has an excellent reputation in both Pro sound and home audio design  Scott Hinson is the man.  Horns get a bad rap in a home environment. “I used to be in this camp, I was a soft domes forever kind of guy. But to be honest…at the time I hadn’t measured a PA speaker…and didn’t realize how badly they typically cover the crossover region. Swings of ~2-3dB + through the crossover region are not uncommon in even moderately expensive PA designs. They’re meant to be used with external equalization, and often the crossover is designed to get the tweeter to survive hours of likely abuse, and not much else. Inexpensive designs are horrible in the frequency domain and can have tremendous issues with cabinet/horn resonances in the time domain. It is more than possible to get them to sound GREAT. You must juggle the total power response, on-axis response, time domain, and distortion…but it can be done.”

So, after the initial design of the BR-12 high output system for sound reinforcement, we asked Scott for his take on an altered design best for home audio/home theater listening. The Audience HT12 is the result—a manageable size of only 15″ wide, 30″ tall, and 11″ deep.

The heart of the design is the SB Audience woofer.  It’s a cast frame 12” Neo magnet driver with a bunch of cool features. Inside/outside voice coil, distortion-reducing shorting rings, and a total weight of 9 pounds. It’s pretty cool looking too…
One of the most attractive features to me was the impressive inductance reduction of the shorting rings…for a 12” woofer with a 3” voice coil a total Le of .19mH is spectacular. You typically only see that in high-end home drivers with much smaller voice coils. An overall smooth response bodes well for crossover design too…the cone breakup is well-behaved.

The tweeter and horn…I picked the Bianco 44CD-PK and H250 horn. Together they have a smooth response, wide bandwidth, and like the
midrange…stupid output. I mean…stupid. Since these were originally designed for PA use, they will handle the abuse that home audio drivers would not survive.

To aid in ease of construction the woofer/tweeter are not flush mounted…and nor should they be. Both have enough directivity that they won’t paint the edges of the baffle with high-frequency sound, so diffraction ripple is avoided…and the need to flush mount them is eliminated. In fact…if you do flush mount them you’ll change the relative offset of the drivers

Sensitivity is 93dB, frequency response is 50Hz to 18kHz +/-3dB. I’d probably put the power handling at a good 250-300W but that will depend highly on whatever high pass filter is used for the subwoofer.

The Horizontal frequency response is smooth through 45 degrees, but after that, it’ll drop rapidly so plan accordingly in seating positions. You have a 90-degree horizontal dispersion speaker, you can use this to keep things from splashing off the side walls and still cover the entire listening area with very even sound.

Impedance is an easy 8-ohm nominal load. For youtube lovers out there…if you wire 20 ohms in parallel with the speaker and hook it up to your 8-ohm tap tube amps…I think you’ll be quite happy. (The parallel resistor makes it an even easier load…with very little phase swing.)

The crossover ended up being relatively simple to design…and in a pretty major stroke of luck requires relatively few discrete values for a horn tweeter-based system.

The woofer circuit is a 3’rd order electrical (4’th order acoustical) filter with a bit of notch filtering and impedance compensation. The filter compensates for *most* but not all of the loudspeaker baffle step (which helps it keep a bit more sensitivity while still going quite low) so keeping it near the rear wall is a must in operation. The 25-ohm parallel impedance compensation should be at a minimum of 25W, highly recommended to go 50 if you’re going to listen loudly. Pay attention to how those resistors are mounted so that you don’t get funny smells as polyfill is melting to them.

The tweeter circuit is a 3’rd order electrical (4’th order acoustical) filter with an L-pad and a notch filter to tame a peak at roughly 2.5kHz. One of the reasons I’m not worried about the lower crossover point is that there’s roughly 15dB of padding between the l-pad and the crossover filter transfer function.

How do They Sound?

So…how do I like these? Let me tell you all the ways…It’s a fun speaker…I was listening to it using the SoundEasy crossover emulation this weekend…I think the best way to describe it is…It’s like those old Cerwin Vega party speakers…except without the harshness.  They leap to life and pound…but those old CVs would go crunchy on you really fast. And if you were listening to certain types of music…that was fun. (Says the guy who lusted after AT-15s in HS) But these are so much more well-behaved across all types of music/genres. Should be great in HT

When You Buy These, Here’s What You Get:

Included in this kit are the full build plans.  You can purchase it in two forms, depending on your resources:

Need all the goodies?

Not ready to buy? Consider buying Scott a beer for his contributions to the hobby 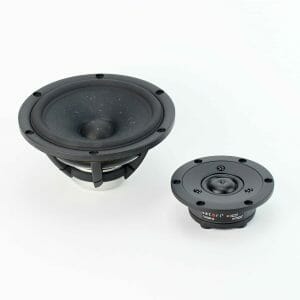 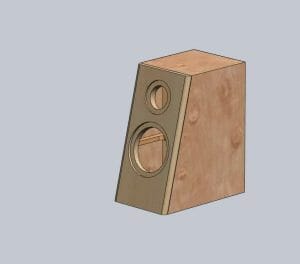 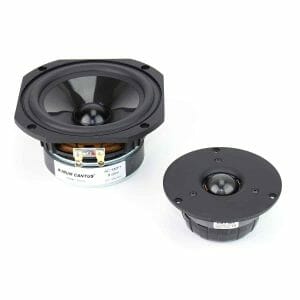 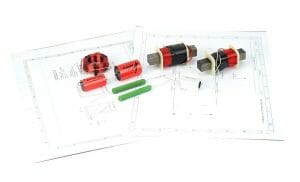 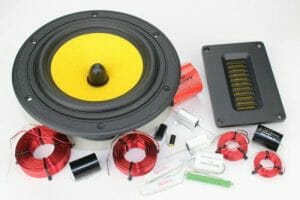 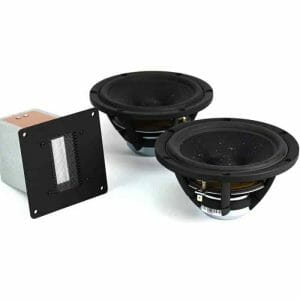 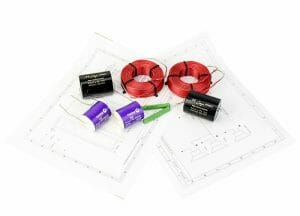 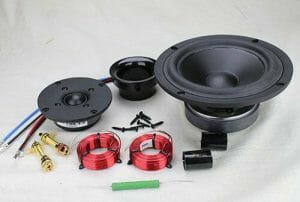 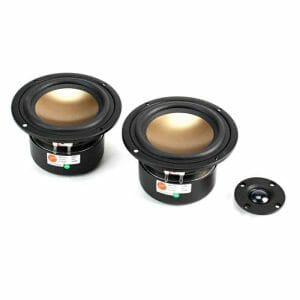 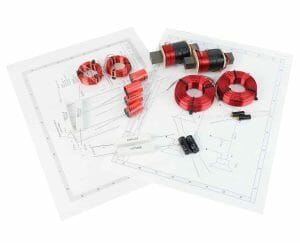 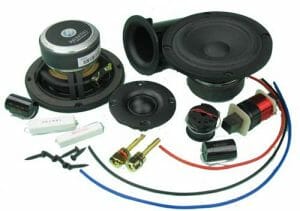