In contrast, we developed the Cebo to allay your fears about ending up with inferior capacitors or hoping you didn’t waste your money on hype  To be comparable to some of the best, the specs. need to stand on their own.

You’ll see the 6.8uf used in kits like the Continuum, Overnite Sensations, Speedster and Viva Voce. 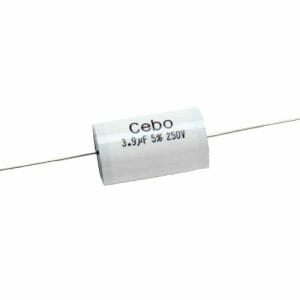